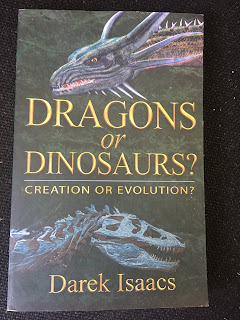 The back cover states that "There is no other book on the market like this one" and I would be inclined to agree. 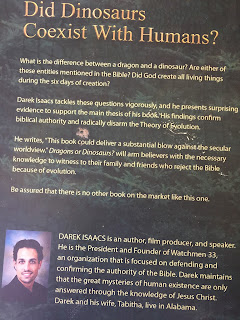 1. Dinosaur type creatures must have existed at the same time as humans.

He argues that because of cave paintings like this one... 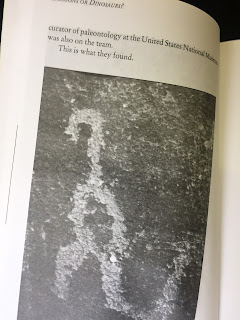 ... that humans must have known about dinosaurs a long time before their remains were discovered in the 18th Century. The only way they could have known this, is that if humans and dinosaurs once shared the planet.

2. Dragons were real creatures, rather than mythical.

He argues that, since all cultures across the world seem to have some kind of dragon in their mythology, that they must have stemmed from real creatures that really existed and that people saw.

3. That Dragons and Dinosaurs were probably the same thing.

He argues that the little we actually know about dinosaurs could be just as easily extrapolated to dragons.

4. And that they breathed fire.

As per this very old cave painting. 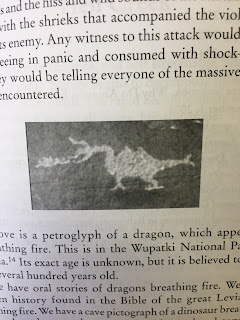 It's an interesting take on the dragon/dinosaur argument, and certainly does make you wonder whether there's a mysterious truth behind it all.