Last week I shared a theory from a book called "Dragons Or Dinosaurs", which argued that, since all cultures have a dragon legend, it probably means that dragons really existed.  In the interest of fairness, this week I'm sharing a theory from smithsonian.com, who offer some more scientific (and possibly more likely) reasons for our shared dragon stories.

1) They found some old dinosaur fossils and made up a scary creature.

This is a fossilised stegosaurus from a museum in Frankfurt - It's easily possible that somebody saw all or part of a dinosaur skeleton, looked at it, and imagined a creature like a dragon. We also know that this definitely happened occasionally, as Chinese historian Chang Qu claimed to have found dragon bones over 2,000 years ago.

This would also explain why, although dragons look a bit similar across the world, the stories about their abilities are quite different. Chinese dragons, for example, can control the weather but not breathe fire.

2) What about Whale Bones?

These are the whale bones that are replacing Dippy at the Natural History Museum still sad about that, see this earlier blog). Whale skeletons have been found on land (and even up mountains) across the world due to changes in land mass. It's not too much of a stretch of the imagination too imagine people encountering these bones thousands of years ago and thinking that there were some kind of ferocious beast.


3) A mixture of scary creatures

What if there were a mixture of creatures across the world? For example the Nile Crocodile can grow up to 18 feet and can lift its head high up off the floor. 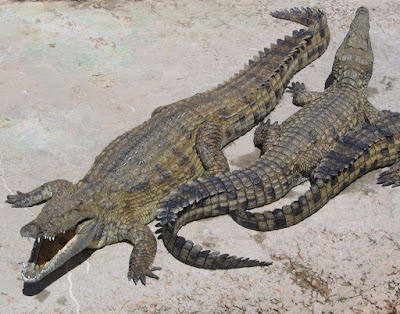 And the Australian Goanna has sharp teeth and claws, and can shoot venom out of their mouths. 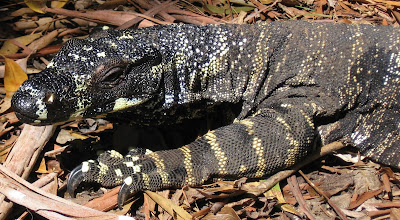 In his book "An Instinct for Dragons", anthropologist David E. Jones argues that humans have fear of some animals wired into their brain. The idea being if we're automatically scared of snakes, birds and other predatory creatures then we are less likely to go and do something stupid and get killed by them.  Jones argues that we've combined all these creatures into one big scary supercreature, and that's why we've all invented dragons!