First of all... have you seen the new Doritos advert? It's got a cute baby dragon in it.

It's quite an accurate dragon in most cases, I mean it...
But I do have one, serious question...

I know who I'm going to blame, and it's not Doritos. A couple of years ago, the director of the "Pete's Dragon" remake somebody else decided to add to a dragon's cuteness factor by giving it fur...

...and I admit, it's a beautiful creature. The film’s director, David Lowery gave this reason for the change (emphasis mine).

“The very first hook I had for myself when I was going in to meet the producers on this film about the story–we didn’t have a pitch yet or anything–but I wanted the dragon to be furry. And that’s because I love my cats, and I was probably with my cat thinking, ‘I wish this guy was 20 feet tall.’ I was like, ‘Look, if you put a Game of Thrones dragon in this, it would be scaly and cold and it would be cool, but I want this to be the kind of dragon who you really want to give a hug to and that I want to give a hug to and snuggle up with.’ The best way to do that was to make him furry, and there’s no reason why dragons can’t be furry.”

Well here's a reason for you, Mr Director Man, Fur is flammable! It's fine for that cute and cuddly stuff, but as soon as you put your dragon around other dragons, you're going to smell burning fur extremely quickly.

This also explains why eastern dragons, that don't breathe fire, occasionally have hair... 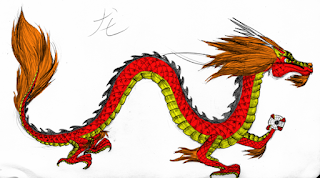 but why western, fire-breathing dragons, do not. 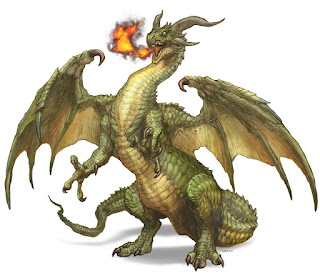 So, for the record. The dragons in "Aaron Gray and the Dragon War" are definitely not furry.