Abbii and Daniel got married!

The Wilson household has been heavily distracted recently for one very important reason...

Abbii and Daniel got married!

For those who don't pay close attention to the cover notes of my book, Abbii is the wonderful lady who designed the book's gorgeous blue cover. She's a clever clogs and one of the most amazing people I know. Her husband Daniel is just as amazing and I am very proud to know both of them.

The ceremony itself was outdoors in a beautiful campsite by Hay on Wye. That's me being the celebrant at the front. The happy couple asked me to officiate their wedding, to plan it myself and to surprise them. So no pressure there then! They did give me a list of things they were geeky about, which meant that we could have lots of Star Trek and Lord of the Rings references. Thankfully they forgave me! I even had some geeky badges...


That's Pirates of the Caribbean, Star Trek and Ministry of Magic badges.

It was a beautiful day, and the couple had planned it to perfection. There were games to play and plenty for the kids to do on the site, posh toilets, great food (Vegan Grindhouse, would recommend!) and amazing music.


My wife Katie spent most of the previous fortnight making the wedding cake, which again the happy couple wanted as a surprise. When Abbii saw it she cried, I'm hoping it was happy tears!


So an absolutely amazing day which I will be thinking about for a long long time :)
Posted by David at 11:30 1 comment:

From the social work file of Harmony Seeger

Since the UK is so politics heavy at the moment, I thought I'd add to the mix. The above comic is taken from the amazing www.ozyandmillie.org, which I followed fairly religiously until it finally reached the end of its story in 2008.

Ozy and Millie are both young foxes learning about life and philosophy. Llewellyn, the dragon in the picture, is Ozy's dad. I absolutely would recommend going to www.ozyandmillie.org and looking through the archives. The humour is subtle and the stories are beautiful.
Posted by David at 17:20 No comments:

At least one of the following ten things happens in book two ;-)

Hilary Hobgoblin is back!

Last time Hilary Hobgoblin tweeted he had entered the Taciton Forest. A perfectly safe place unless the trees wake up. That tweet was on the 26th April.

Do pop over and have a look at Brevenynews! - Show your sympathy by following him :)
Follow him @Brevenynews
Posted by David at 20:07 No comments:

No I'm not being paid for this (although if the makers of the game wanted to send a few free dragons in my direction I wouldn't say no!) but have you guys found Everwing? It's a game on Facebook messenger but way above the standard of most other games on the platform. 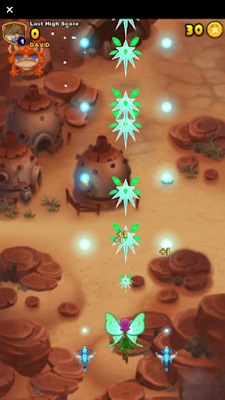 Basically the main gameplay is like the above screenshot. You play a fairy, who is assisted by up to two dragons.You have to shoot at the monsters that you're flying towards. The monsters you shoot turn into treasure and you have to collect as much treasure as possible. 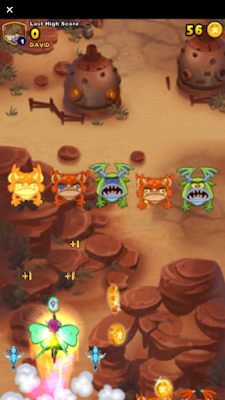 So far so fun, but still your basic facebook game. You play it a few times, get a bit bored and move on. But not this game, oh no! Because there's not just this game. There's also a scary boss game. 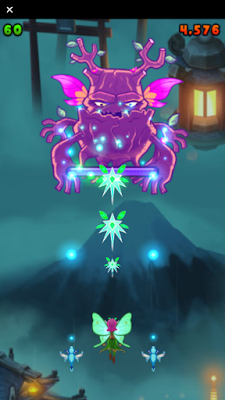 This is one of the many bosses that you team up with your friends to try and beat. They take forever but as soon as you have beaten them you get a ton of treasure, as well as usually some extra dragons. Once you've got some treasure, then there's some exciting strategising you can do!

The treasure you've got actually buys stuff. Like you can buy a selection of dragon eggs and see what hatches, you can upgrade your fairy's weapon power or even buy more fairies if any are available. 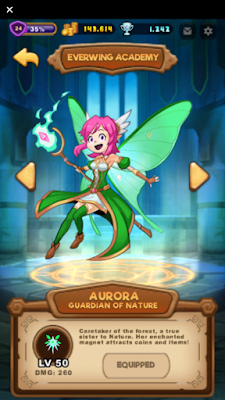 Each dragon you hatch has different abilities, and if you level them up enough you can evolve them to other dragons. 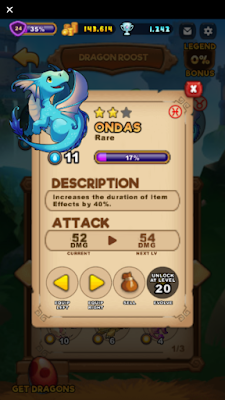 So yeah, give it a go! Just start a conversation in facebook messenger and click on the gamepad icon!

It's June! So my break from the blog is over. Blogging resumes today and Hilary Hobgoblin will be tweeting again from Wednesday.

Thank you to everyone who continued visiting during the break. Weirdly, I had 897 page views from Israel. If you're from Israel and you're reading this, then hi! Do feel free to fly me over for a book signing!

Book Two is going well. I'm not sure when it will all be finished and edited because I have a full time job and full time family, but at least it now exists as a story.